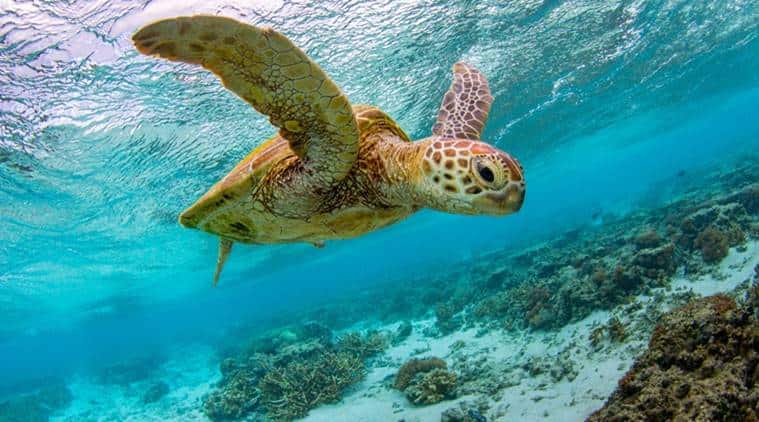 World Turtle Day: How turtles are different from tortoises and other facts

It is quite easy to tell them apart just by looking at their limbs from a distance. Turtles have webbed feet and tortoises have firm, rounded feet.

World Turtle Day: Turtles have survived the dinosaurs; we must make sure that they survive the humans too!

Why do we need a World Turtle Day?

Don’t we all love turtles and tortoises? From the slow tortoise who won the race with the hare to the giant turtle who is supposed to carry the world on his back, these beloved reptiles have been a part of our lives. There are no vertebrates in the world as endangered as turtles. The sea turtle moms come on the beaches and lay their eggs. But there is only one in a thousand chance that an egg will survive to adulthood. In 1983, all the eggs laid by the leatherback turtles on the coast of Thailand were poached by humans! We are destroying their living space, dumping our garbage (every minute we dump one truck full of plastic in oceans!) in their homes, killing them for making delicacies and medicines and making ornaments out of their shells. Many turtles get caught in our fishing nets and die. This day is a reminder that we need to do our bit to conserve the habitats of these wonderful creatures…and be their friends.

How many sea turtles die every day?

Sea turtles are magnificent animals. The leatherback turtle, for example, is a giant of the seas. It is the fourth heaviest reptile on earth weighing around 600 kg and growing up to 6.5 feet long! They are carefree gypsies of the sea travelling no less than 6000 miles each year between their breeding and their feeding grounds. Researchers estimate that around 1,000 sea turtles die every year. But the actual deaths can be much, much more than that. More than 60 per cent of the turtle species are under threat of being wiped out from the face of earth. The single biggest factor for that is human activity.

What would happen if sea turtles go extinct?

Turtles have been around for an impressive 220 million years! They have been an integral part of the ecology of plant earth, some of them doing trans-Pacific and trans-Atlantic journeys, moving between oceans and beaches and distributing energy between different ecosystems. If turtles vanish, not only will our ecosystems be poorer, they would be smellier too! Many turtles are great scavengers and clear dead fish from our water bodies. They survived the dinosaurs; we must make sure that they survive the humans too!

What are 5 differences between a turtle and a tortoise?

Can a tortoise swim?

No, tortoises are terrible swimmers.

Is it possible to tell turtles and tortoises apart and how?

It is quite easy to tell them apart just by looking at their limbs from a distance. Turtles have webbed feet and tortoises have firm, rounded feet.

Which lives longer — turtles or tortoises?

While the sea turtles can live up to 80 years, giant land tortoises are believed to live more than 200 years! Tortoises are considered the longest living land animals.

Which should I/my child get as a pet? Which is easier to care for?

It is illegal in India to keep the native species tortoises or turtles as pets (e.g. the star tortoise). It is not good to keep the exotic ones as it encourages their demand from the wild.

Do turtles or tortoises respond to their names?

The hearing power of turtles and tortoises is quite limited and them responding to their names is unlikely.

Where are turtles and tortoises found, respectively? Where are they found in India?

What do turtles and tortoises eat?

Most tortoises are vegetarians and like munching on flowers, leafy greens and grasses, though some may have an occasional snack of a beetle or a worm. The baby turtles are mostly carnivores. They generally grow up to be omnivores and depending on their species (and size) eat what they get in their habitats — algae, snakes, frogs, clams, fish, mollusks, plants, insects and even other turtles! Some turtles grow up to be purely carnivorous and others to be plant eaters who prefer aquatic grasses and algae. And leatherback turtles love their jellyfish meals!

(Arefa Tehsin is the author of several fiction and nonfiction books on wildlife, such as Wild in the Backyard and the picture book The Elephant Bird. She was appointed as the Honorary Wildlife Warden of Udaipur and has relentlessly pursued nature conservation through her writings and columns.)