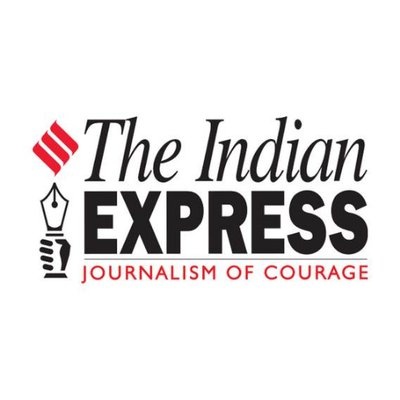 It was happy summer afternoon when Aditya and I were driving down on the Pune-Mumbai Expressway. We had our holiday hat on. Suddenly, a vision surfaced – a horse trotting right towards us! After our near fatal accident, Aditya decided to take on the road authorities and fought a case against them for the last three years, without a lawyer, travelling for every hearing diligently from Sri Lanka. Road safety, even on the most expensive expressway of the country, is a far cry. Winning this case is a symbolic victory (not for the money, we spent more on the damages). And maybe a learning for us that after surviving an accident on our roads, we do not have to thank god for the escape but stand up and question the authorities.

The accident took place on Aug 29, 2014, when the complainant, Adityavikram More, and his wife Arefa Tehsin, were driving to Pune

CLOSE TO five years after a horse trotting on the Mumbai-Pune Expressway caused a city-based entrepreneur to crash his car and escape with minor injuries, a consumer forum directed the Maharashtra State Road Development Corporation (MSRDC) and IRB Infrastructure, which maintains the stretch, to pay him Rs 1 lakh as compensation.

The accident took place on August 29, 2014, when the complainant, Adityavikram More, and his wife, Arefa Tehsin, were driving to Pune. At Kamshet, More, who was driving on the fast lane, spotted a white horse walking towards his car. To avoid a collision, More swerved to the left, causing him to crash into the protective fencing. The couple suffered bruises.

In 2016, More lodged a complaint against MSRDC and IRB before South Mumbai District Consumer Disputes Redressal Forum. More alleged that both parties had been negligent in their services, being unable to prevent animals from entering the expressway, which is India’s first access-controlled express highway.

As evidence, More provided pictures of a broken fencing at a particular stretch of the expressway in Kamshet, from where he suspected the horse had entered.

However, the respondent parties dismissed More’s complaint as false and questioned whether the accident had even taken place. In its reply to the forum, the MSRDC stated that such a complaint had never been received despite thousands of vehicles using the expressway daily.

The MSRDC also disputed More’s version of events, stating that he could not prove having travelled on the expressway since he had not provided a copy of the toll receipt or specified the exact spot where the accident had taken place. In the event of an accident, the MSRDC stated, police and paramedics would have arrived at the spot within 15 to 20 minutes. The corporation also accused More of failing to inform the authorities about the mishap.

In its reply, the MSRDC also gave a detailed break-up of the number of accidents that have occurred on the stretch between 2006 and 2015, and their causes. The data showed that a vast majority of 16,044 accidents were attributed to human and mechanical errors while 38 had taken place due to “other reasons”.

The IRB, which initially did not reply to notices issued by the forum, stated in its reply that fencing prevents pedestrians and animals from entering the expressway and pleaded that More’s “baseless” complaint be dismissed.

However, a bench comprising forum president Sneha Mhatre, and members, D S Paradkar and M P Kasar, did not find merit in arguments put forth by the respondents that emergency phone numbers have been displayed throughout the expressway and were available to More. “…no one will be able to divert his mind to reading the hoardings on the roadside while driving at a high speed of 80 km per hour on the express highway, nor it is possible to memorise it while driving,” the forum observed in its order.

Ordering MSRDC and IRB to pay More Rs 1 lakh in financial and mental compensation and Rs 10,000 to cover litigation fee, the forum also observed that, “The complainant would have died during this accident if airbags would not have opened immediately. More, who is currently based in Sri Lanka, said he was satisfied by the order.