More terrors of the DEEP 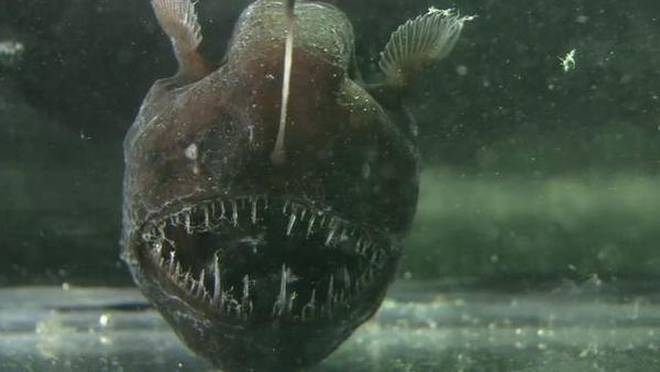 The ocean depths hold secrets and horrors that can send a shiver down your back. Last month, we mentioned a few and now here are some more.

You must have heard of the Komodo Dragon. I’ve seen one in a zoo and it is a stud! Ask a water creature how terrifying it finds a Komodo Dragon to be and it’ll huff and say, “Hah! It’s nothing but an upmarket lizard!” Most land creatures we find petrifying will make water creatures giggle. In the first part of this article, we spoke about a few terrors of the deep. Let’s take a peek at a few more here.

The locals who live around the Congo River Basin believe that the evil spirit mbenga enters the river and attacks people. Their imagination is not too far fetched. The monstrous Goliath Tigerfish, that sports 32 razor sharp, dagger-like teeth, and which can grow up to five ft and 70 kgs lives up to its moniker. This fish can attack and tear up small crocodiles and is a formidable killing machine. It is supposed to be one of the hardest game fishes for anglers on planet Earth. Match that.

With the body of a snake and massive jaws, the gulper eel is one of the most bizarre looking fishes of the deep. It is also known as the pelican eel and can swallow prey much larger than its size through its pelican-like big mouth. We haven’t been able to study much of its habits as it lives in the great, dark depths of the seas. It doesn’t have man-eating livers, but this sea-serpent-meets-Jaws is enough to give one nightmares.

This slow swimming shark, also known as a “living fossil” has a super fast jaw mechanism. Its long snout hides its needle sharp teeth and a jaw that can be thrust forward at a speed three meters per second in a dramatic, heart stopping motion! Once it has caught its yummy morsel of fish, it fits its protruding jaw back under its flat snout. This rare deep-sea creature with a lineage of 125 million years is one jaw dropping fish!

Enjoying life? Bah! Anglerfish has reasons to be cross. It lives in the dark, unfriendly depths of the ocean and beats the most hideous of creatures with its looks. A few of the 200+ kinds of anglerfish live in shallow waters too. Its crescent shaped mouth bear fang-like teeth. It is called an angler because the ladies carry a ‘fishing rod’ like appendage with a luminescent fleshy tip to lure the prey. Wouldn’t you be attracted to light in the fathomless dark? The lady anglerfish’s witchy looks hold unending fascination for the much smaller gent. Latching himself to the body of the lady with his teeth, he slowly dissolves — all of his body but his testes. Now that’s taking “two-bodies, one soul” to another level! A female carries four to five males on her body.

There are enough and more absurd beasts of water that humans know of, and many, many more that still remain to be discovered from the endless depths. They can scare even the brave-hearts out of their skins, not to mention those of us who find even the pimples on our cheeks terrifying.

The writer is an author of fiction and non-fiction books and Ex-Hon. Wildlife Warden, Udaipur