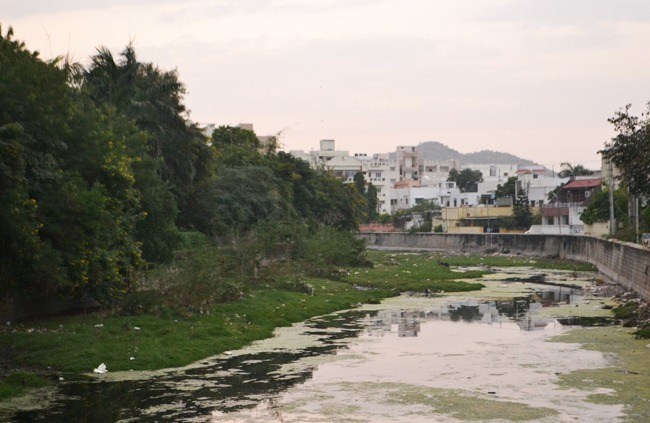 Our hometown, the city of lakes, Udaipur, has nullahs that carry the excess water of the lakes of the city. Our house is situated near one such nullah, which carries the excess water of Pichola and Fatehsagar lakes. Nowadays this nullah has been converted into sewerage. It returns to its previous glory once in a year when it rains and the lakes overflow. 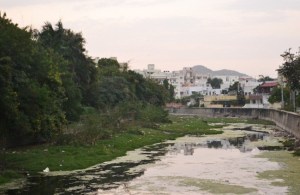 We have been watching aquatic birds and waders in this nullah in our spare time for decades. On 13 September 2003 we were watching a Painted Snipe skulking at the edge of the water taking advantage of every bit of cover. Two small chicks were following the snipe in the same manner. It approached a small bush just near the water’s edge when a pig from the opposite bank waded in the direction of the snipe. The snipe froze where it was. Both the chicks came towards its legs, one on the right side and the other on the left. The snipe partially opened its wings and sat on the ground retracting them. It then slowly stood up lifting both the chicks in both its wings and froze in this position. Dangling legs of the chicks were clearly visible through field glasses. The pig crossed the nullah and passed about 4 ft away from that bush without noticing the snipe. When the danger was over, the snipe gently deposited both the chicks down and moved towards safer grounds in dense bushes. 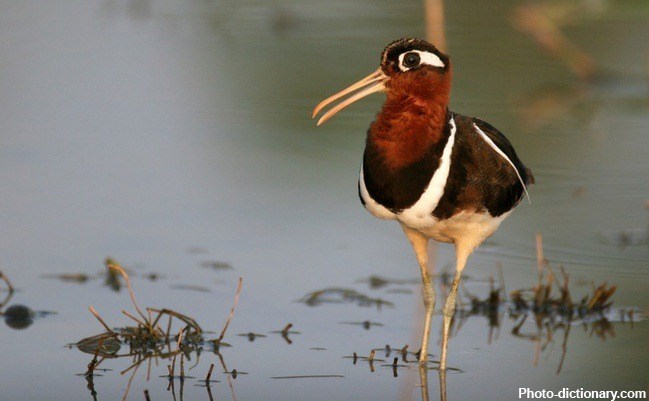 The chicks were too small and were not in a position to freeze or conceal themselves. If they had continued to move, it was certain that the pig would have detected and killed them. The snipe did this skilful manoeuvre to protect its chicks.

Bliss was it in that dawn to be alive,

But to be young was very heaven!