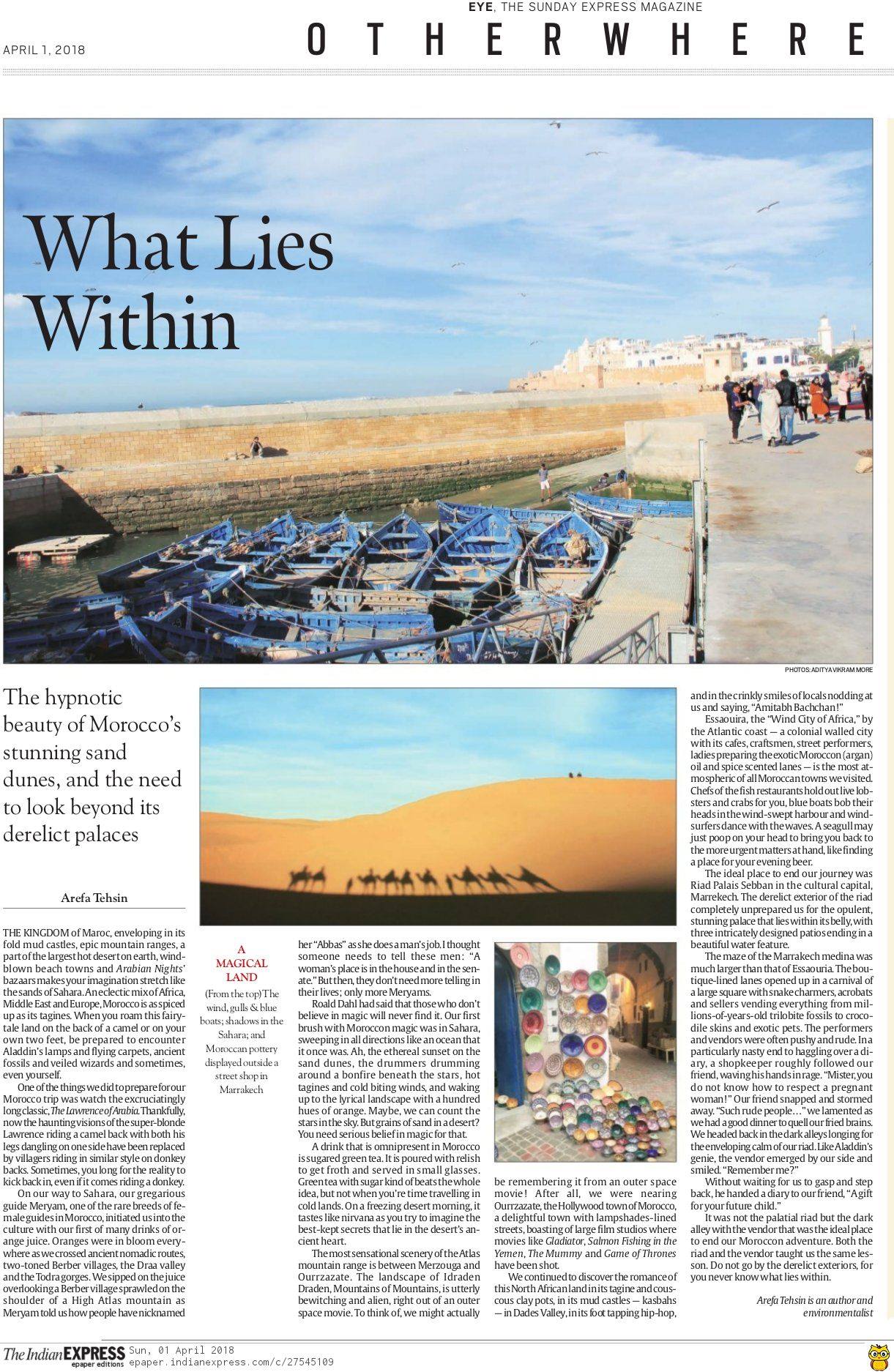 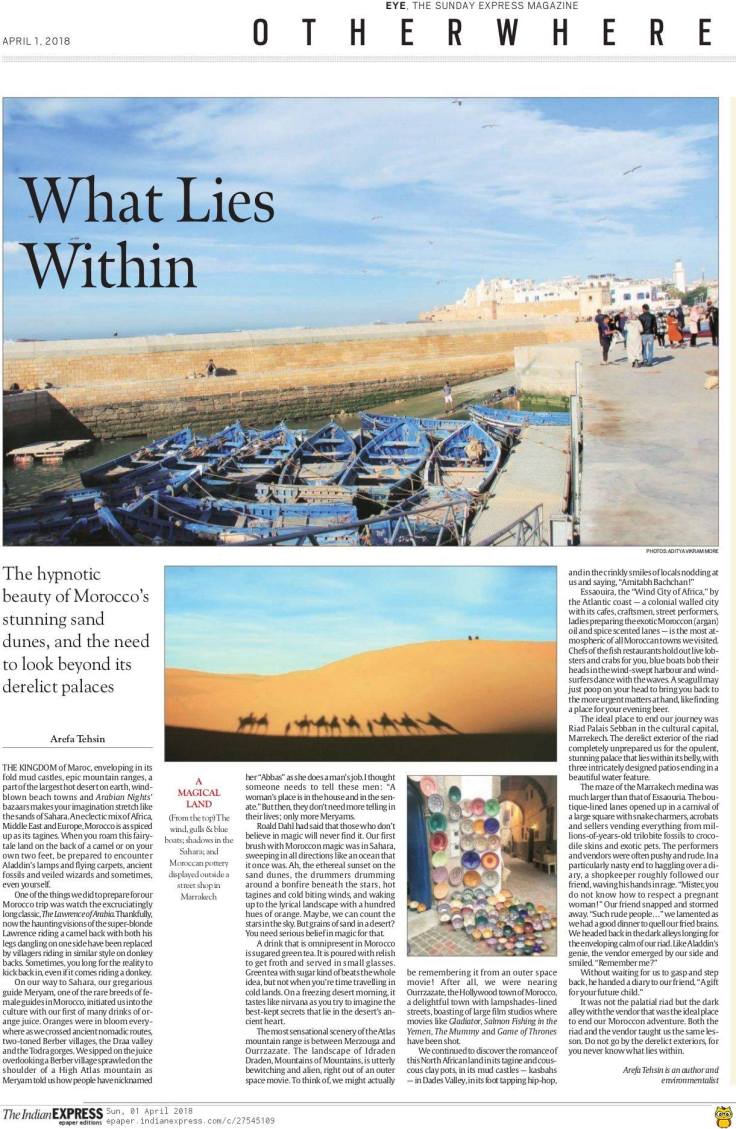 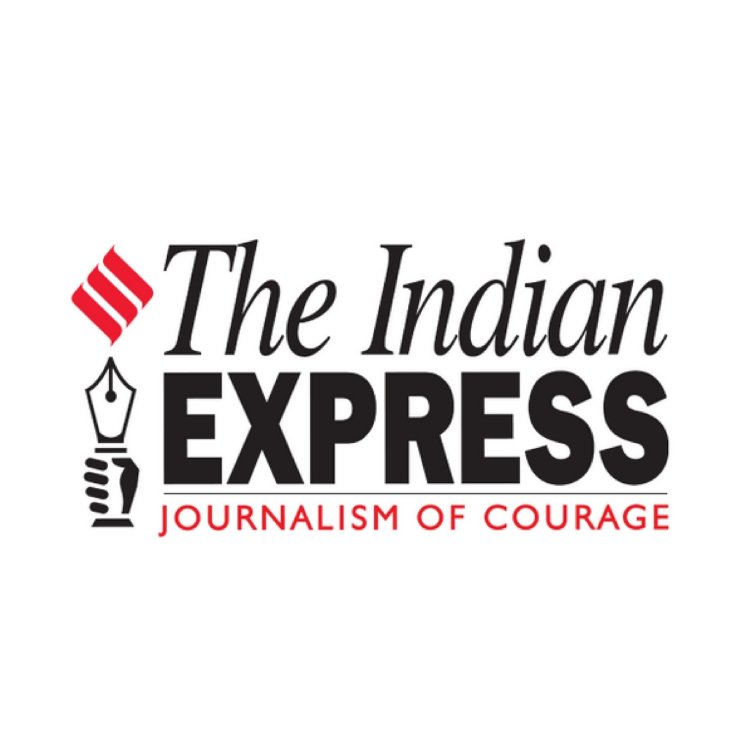 What Lies Within: The hypnotic beauty of Morocco’s stunning sand dunes

The kingdom of Maroc, enveloping in its fold mud castles, epic mountain ranges, a part of the largest hot desert on earth, wind-blown beach towns and Arabian Nights’ bazaars makes your imagination stretch like the sands of Sahara. An eclectic mix of Africa, Middle East and Europe, Morocco is as spiced up as its tagines. When you roam this fairytale land on the back of a camel or on your own two feet, be prepared to encounter Aladdin’s lamps and flying carpets, ancient fossils and veiled wizards and sometimes, even yourself.

One of the things we did to prepare for our Morocco trip was watch the excruciatingly long classic, The Lawrence of Arabia. Thankfully, now the haunting visions of the super-blonde Lawrence riding a camel back with both his legs dangling on one side have been replaced by villagers riding in similar style on donkey backs. Sometimes, you long for the reality to kick back in, even if it comes riding a donkey.

On our way to Sahara, our gregarious guide Meryam, one of the rare breeds of female guides in Morocco, initiated us into the culture with our first of many drinks of orange juice. Oranges were in bloom everywhere as we crossed ancient nomadic routes, two-toned Berber villages, the Draa valley and the Todra gorges. We sipped on the juice overlooking a Berber village sprawled on the shoulder of a High Atlas mountain as Meryam told us how people have nicknamed her “Abbas” as she does a man’s job. I thought someone needs to tell these men: “A woman’s place is in the house and in the senate.” But then, they don’t need more telling in their lives; only more Meryams.

Roald Dahl had said that those who don’t believe in magic will never find it. Our first brush with Moroccon magic was in Sahara, sweeping in all directions like an ocean that it once was. Ah, the ethereal sunset on the sand dunes, the drummers drumming around a bonfire beneath the stars, hot tagines and cold biting winds, and waking up to the lyrical landscape with a hundred hues of orange. Maybe, we can count the stars in the sky. But grains of sand in a desert? You need serious belief in magic for that.

Shadows in the Sahara. (Source: Adityavikram More)A drink that is omnipresent in Morocco is sugared green tea. It is poured with relish to get froth and served in small glasses. Green tea with sugar kind of beats the whole idea, but not when you’re time travelling in cold lands. On a freezing desert morning, it tastes like nirvana as you try to imagine the best-kept secrets that lie in the desert’s ancient heart.

The most sensational scenery of the Atlas mountain range is between Merzouga and Ourrzazate. The landscape of Idraden Draden, Mountains of Mountains, is utterly bewitching and alien, right out of an outer space movie. To think of, we might actually be remembering it from an outer space movie! After all, we were nearing Ourrzazate, the Hollywood town of Morocco, a delightful town with lampshades-lined streets, boasting of large film studios where movies like Gladiator, Salmon Fishing in the Yemen, The Mummy and Game of Thrones have been shot.

We continued to discover the romance of this North African land in its tagine and couscous clay pots, in its mud castles — kasbahs — in Dades Valley, in its foot tapping hip-hop, and in the crinkly smiles of locals nodding at us and saying, “Amitabh Bachchan!”

Essaouira, the “Wind City of Africa,” by the Atlantic coast — a colonial walled city with its cafes, craftsmen, street performers, ladies preparing the exotic Moroccon (argan) oil and spice scented lanes — is the most atmospheric of all Moroccan towns we visited. Chefs of the fish restaurants hold out live lobsters and crabs for you, blue boats bob their heads in the wind-swept harbour and windsurfers dance with the waves. A seagull may just poop on your head to bring you back to the more urgent matters at hand, like finding a place for your evening beer.

The ideal place to end our journey was Riad Palais Sebban in the cultural capital, Marrekech. The derelict exterior of the riad completely unprepared us for the opulent, stunning palace that lies within its belly, with three intricately designed patios ending in a beautiful water feature.

Moroccan pottery displayed outside a street shop in Marrakech. (Source: Adityavikram More)The maze of the Marrakech medina was much larger than that of Essaouria. The boutique-lined lanes opened up in a carnival of a large square with snake charmers, acrobats and sellers vending everything from millions-of-years-old trilobite fossils to crocodile skins and exotic pets. The performers and vendors were often pushy and rude. In a particularly nasty end to haggling over a diary, a shopkeeper roughly followed our friend, waving his hands in rage. “Mister, you do not know how to respect a pregnant woman!” Our friend snapped and stormed away. “Such rude people…” we lamented as we had a good dinner to quell our fried brains. We headed back in the dark alleys longing for the enveloping calm of our riad. Like Aladdin’s genie, the vendor emerged by our side and smiled. “Remember me?”

Without waiting for us to gasp and step back, he handed a diary to our friend, “A gift for your future child.”

It was not the palatial riad but the dark alley with the vendor that was the ideal place to end our Moroccon adventure. Both the riad and the vendor taught us the same lesson. Do not go by the derelict exteriors, for you never know what lies within.

Arefa Tehsin is an author and environmentalist.